Full Name
Mr Jeff Wills
Job Title
President, CFO
Company
OptionOne
Speaker Bio
Jeff has been redefining the standard of care in home health for over 25 years. He co-founded Canadian Valley Medical Solutions (CVMS) in 1991 in El Reno as a provider of medical equipment and infusion services with his wife Tracey Wills. The company grew to become the largest independent home healthcare company in the state of Oklahoma and was acquired in 2006 by a Fortune 50 company in the medical industry. CVMS enjoyed a pristine reputation as a result of placing a strong emphasis on patient needs thereby ensuring the continuum of care.

Just as was the case with CVMS, Jeff began OptionOne based on the perception that the Midwest was in great need of a patient-focused, progressive healthcare provider.

Jeff has been a driving force in developing the homecare industry through the assumption of numerous leadership roles in homecare organizations, both regionally and nationally. He currently serves as Treasurer on the Board and Executive Committee for National Home Infusion Association based in Washington D.C.. In addition, Jeff has served two terms on an elected board as well as currently serving as a board member or advisory member for several businesses. He also actively serves his community through membership on numerous local boards and agencies, for both profit and non-profit organizations.
Jeff holds a Bachelor’s degree in Accounting and Computer Science from Southwestern Oklahoma State University.
Speaking At
Elevating patient care: a conversation on how engagement can take your homecare business to the next level 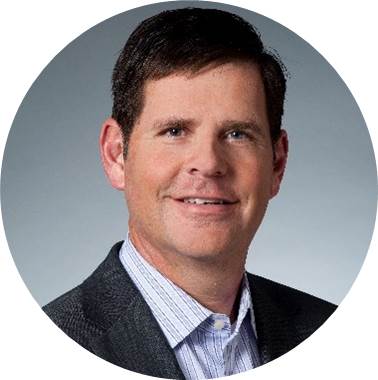